What is going on in the Antelope Valley? Hey, thanks for asking.

As it happens, there is a good bit going on. If you are looking for some sites to see in the AV, check out the art scene.

The MOAH is currently featuring a show called, “British Invasion.” Among the two dozen artists included in the show is David Hockney, “one of the most influential British artists of the 20th century” (MOAH).  The work ranges in medium and in style as the show intends to both reference and update the 1960s musical and cultural British Invasion. Fittingly, these artists are showing work inspired by American culture, just as the American blues spurred the inspirations and innovations of the Beatles and the Rolling Stones.

MOAH is excited to feature the work of several of the artists who participated in the original British Invasion of the sixties as well as a diverse group of up-and-coming and recently established Britons, whose California-inspired body of work could be said to comprise a contemporary British Invasion.

Also on exhibit at the downtown Lancaster art museum – “The Mojave Project.” This show includes paintings and photography by regional artists and artists interested in the desert region. Kim Stringfellow, Ron Pinkerton (image below) and Terry Cervantes are three of the eight artists taking part in this show.

The current exhibit is part of a larger, ongoing project that promises to fascinate desert and city dwellers alike.

From The Mojave Project:

The Mojave Project is a transmedia documentary and curatorial project led by Kim Stringfellow exploring the physical, geological and cultural landscape of the Mojave Desert. The Mojave Project reconsiders and establishes multiple ways in which to interpret this unique and complex landscape, through association and connection of seemingly unrelated sites, themes, and subjects thus creating a speculative and immersive experience for its audience.

The scope of the conversation represented by the Mojave Project is admirable, especially in a climate wherein flashy news trumps deeper discourse and distraction is king. The artists working with Kim Stringfellow on this project are going against the grain of the instantaneous and developing a substantial and sustained artistic dialogue on what the desert is, what it means, and what it kinds of ideas it contains.

The city of Palmdale is hosting “Inspired by Nature” – Art by Chuck Tedeschi. The exhibit beings with an opening reception on January 26 and will be on display through March 12 at the Palmdale Playhouse.

Information on Tedeschi is hard to come by, but his work seems to speak for itself. The artist will be present at the opening reception so you can ask him how in the world he is doing what he does…

Also, as you scan the horizon for more arts-related events keep an eye out for happenings groups like these: LPAC, The Lakes & Valleys Art Guild and The Antelope Valley Thespians.

For an outsider’s take on how the intersections between the arts, the desert’s open spaces and the Antelope Valley, check out this article from Curbed LA by Jennifer Swan.

Swan still has a 661 area code, according to her bio, so she is not the outsider here, not exactly. But she portrays an interesting image of the Lancaster, Palmdale, Mojave area – seen through the eyes of Venice Beach folks as a place simultaneously full of potential and kind of down-at-the-heels.

Giving a good amount of space in the article to local figures like Robert Benitez (a director of/at MOAH) and Larissa Nickel (artist, advocate, writer and professor), Swan ultimately poses a sort of bizarre question about whether or not the art scene is about to be gentrified here where the population has surpassed 500,000 and the average annual income is just slightly under the California state median income of $60,000.

Presuming Swan is clear on what gentrification means, she poses a strange and intriguing question that seems fitting for a region on the outskirts of Los Angeles, a city of big dreams, big incomes and also little dreams and little incomes. If there is a “culture creep” spreading from Los Angeles, what exactly does that culture consist of? And what does it mean if that culture – however vibrant, however exploratory, however chic – shows up on the outskirts of town?

The desert of the Antelope Valley certainly has wide open spaces and unoccupied territory, but if people occupy the scrub-brush and the dry-washes does that mean Palmdale has been gentrified? In Brooklyn, people didn’t gentrify the alleys and the warehouses…they bought the brownstones, right?

The Antelope Valley is often a projection, for Angelenos, of their own fantasies and biases and Swan would appear to ask what projection might win out: Will it be one that invites notions of a creatively inspiring blank slate and uses this invitation as a call to take ownership of the region’s arts mantle or one that sees the Antelope Valley as place with an identity of its own, defined by the people and artists who already live here?

The answer may clarify the fact that the ideas behind “desert gentrification” are anchored to psychology and class-consciousness as much as or more so than they are to actual class. Ultimately, Swan’s article examines the battle of ideas and identity that persistently crops up in and around the Antelope Valley. Take a look if you have a chance. It’s a really interesting read.

“The last artist’s haven in Los Angeles” by Jennifer Swan. 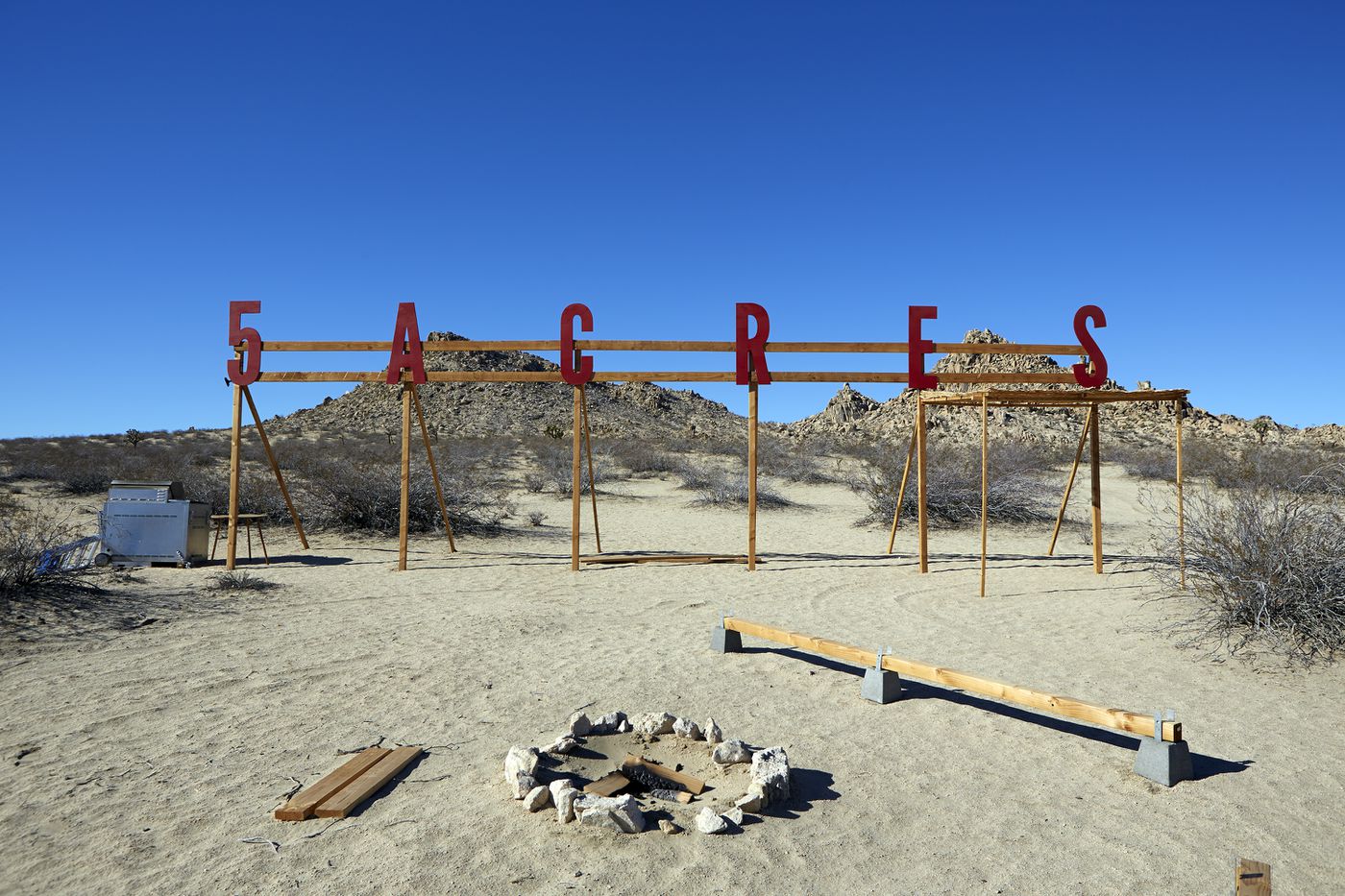